To share your memory on the wall of Mark Jason Mariano, sign in using one of the following options:

It is with heavy heart that we announce the passing of Mark Jason Mariano on May 6, 2021 at the age of 40 due to Pancreatic Cancer.

It is with heavy heart that we announce the passing of Mark Jason Mariano on May 6, 2021 at the age of 40 due to Pancreatic Cancer.

Jason’s greatest joy were his children Mark Jason Jr. (17) and Joaquin (11). He was a loving husband to his dear wife, Mariel. He loved to barbeque and shared his passion for food by cooking for family and close friends. He also loved drinking with his best buddies and driving for roadtrips. A big fan of basketball though his favorite sports was badminton. He was also hooked to Coin Master and Mobile Legends. Aside from steak, he was fond of eating liempo ( pork belly) and talaba (oysters) . He is sweet-toothed too. He is crazy over sansrival cake and M&Ms chocolate!

Jason brought so much light and cheer to the workplace. He was dedicated to his work so much that even if he was feeling ill, he still insisted to fulfill his role as team leader at 24-7 Intouch. He was supportive of his team members and inspired them to become leaders.

Jason went to St James Academy in Malabon for Elementary and High School. In college, he studied first at University of Santo Tomas then continued it in Letran College. He made his Mama proud when he finished his Bachelor of Science, Major in Marketing in 2003.

In 1998, Jason met his wife Mariel through his cousin Alex Marquez, who was Mariel’s bestfriend. Jason was Alex’s driver in the Junior/ Senior Prom. After the prom night, Jason and Mariel started dating. The inseparable Jason and Mariel became sweethearts since their fourth year high school and tied the knot in 2004. The family moved to Winnipeg, Manitoba, Canada in 2017.

Jason will be remembered for his genuine kindness. He was compassionate and was always willing to lend a helping hand. Up to his last breathe, cancer did not shatter his faith. His spirit was positive and his heart was full of gratitude. His contagious laughters and crack jokes will be missed!


Due to the current COVID-19 gathering restrictions, in-person attendance at the Viewing (Lamay) at Mosaic Funeral Homes, 1839 Inkster Boulevard, Winnipeg is limited to a few friends. Funeral and Cremation will be private.

Live stream of the Viewing service (Lamay) will be shared in Jason Mariano Facebook account which will be between 4:00 to 5:00 PM (Winnipeg time).

The Mariano family would like to extend heartfelt thanks to staff and nurses at St Boniface Hospital, Jason’s colleagues at AirBnB and 24-7 InTouch and to all friends and family who offered support and prayers.

To send flowers to the family or plant a tree in memory of Mark Jason Bartolome Mariano, please visit our Heartfelt Sympathies Store.

We encourage you to share your most beloved memories of Mark Jason here, so that the family and other loved ones can always see it. You can upload cherished photographs, or share your favorite stories, and can even comment on those shared by others. 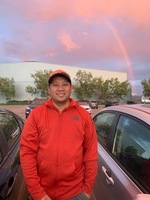 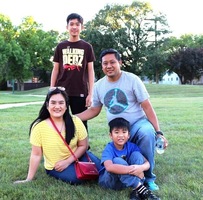 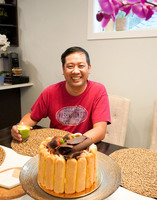