To share your memory on the wall of Charles Milton Bailey, sign in using one of the following options:

After a decade in BC, Milt and Elinor were drawn back to Manitoba as the desire to be near their grandchildren proved too great. Milt’s love of nature and wildlife drew him to Pinawa, then eventually they returned to Winnipeg.

Over time, Elinor’s love of painting and creating crafts, along with Milt’s love of gardening and nature, combined to create beautiful garden crafts. Together they began travelling the country to attend craft shows, meeting new friends and selling their wares. They were very successful, often returning home sold out, and all smiles.

Milt, you will be greatly missed. Your love of life, people and positive attitude lives on in all who knew you.

The family would like to thank the wonderful staff from Palliative Home Care and St. Boniface Hospital. We all realize these are tumultuous times and your care, effort and compassion are truly appreciated.
At Milt’s request, there will be no service held.
For online condolences or to light a memorial candle please log on to www.mosaicfunerals.ca
Read Less

To send flowers to the family or plant a tree in memory of Charles Milton Bailey, please visit our Heartfelt Sympathies Store.

There are no events scheduled. You can still show your support by sending flowers directly to the family, or planting a memorial tree in memory of Charles Milton Bailey.
Visit the Heartfelt Sympathies Store

We encourage you to share your most beloved memories of Charles Milton here, so that the family and other loved ones can always see it. You can upload cherished photographs, or share your favorite stories, and can even comment on those shared by others. 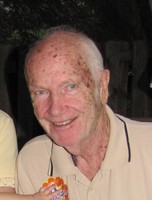